When To Call A Pest Control Company

When to call a pest control company is a question we are asked so we have listed the top signs that you have unwanted house guests. 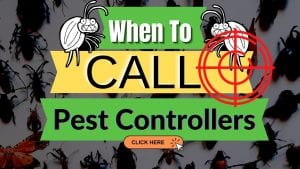 Cockroaches are not loners. If you see one, then there is likely 100 that you have not seen.
That’s why proper cockroach control is a tricky business.

If you don’t get the pest control problem sorted quickly, you can easily have a full-on infestation happening and that’s not fun or funny. Calling a trusted team of professionals in pest control is your best bet.

Whenever you see a group of insects or bees swarming around your  home it means it is either a food source or a nest.

There are three main types of wasp in Australia:

Paper wasps: Build nests from eaves, the underside of branches and leaves. Nests are normally quite small (maximum 100-200 wasps) and hang by a stalk. They tend not be aggressive, only stinging when defending their nest.

Mud-daubing wasps: These are large solitary wasps than build a small nest consisting of a number of cells made of mud, often plastered to the wall or ceiling. They tend not to be aggressive, only stinging when defending their nest.

European wasps: These bright yellow and black striped wasps are capable of forming very large nests of up to 100,000 individuals! The majority of nests are found in the ground (80%), often visible only by a hole (with wasps flying in and out), with the remainder of nests found in buildings (roof spaces, wall voids and eaves). These are not often found in Queensland.

In Brisbane we mainly deal with a Black ants, Green ants and Carpenter ants
Ant infestations inside the home are pretty obvious and you see them.
Often, these may be ants nesting outside coming in looking for food and moisture. Act as soon as you see them and to put all food away if this is what they are targeting.

If your pet has fleas then you may have fleas in your house! 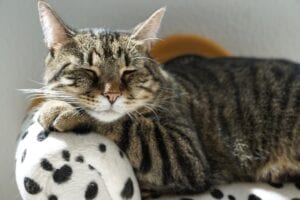 Your Neighbours Have A Pest Problem

Many pests are able to travel into the surrounding properties and from one home to the next. It is especially true for mice control and cockroach infestations.
Look for the signs pests leave
In doubt call in a professional pest control and carpet cleaning service to check the property and put in place monitors or a preventive treatment.

You Have Been Trying To Do Your Own Pest Control

You have spent money on baits and sprays but the problem still exists
They do not know how often and how thoroughly they need to treat. Professional Brisbane pest control  are your local expert team and are available when it is time to call in the professionals

The post When To Call A Pest Control Company appeared first on GQ Central.