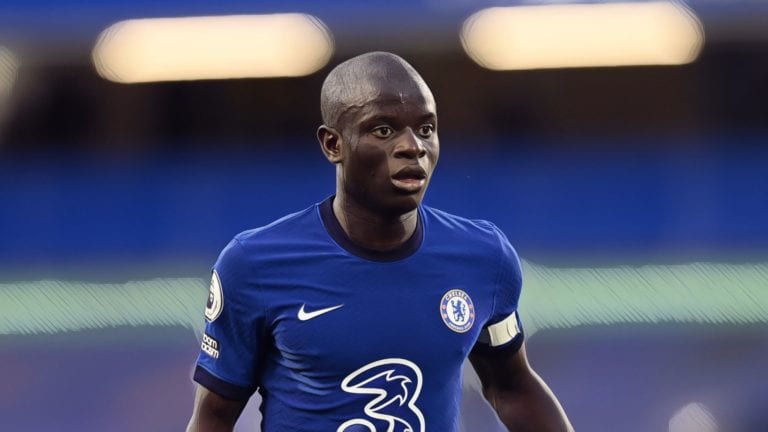 Thomas Tuchel is set to make a late call over the fitness of N’Golo Kante ahead of Chelsea’s Champions League quarter-final second-leg against Porto.

The midfield dynamo picked up a hamstring complaint while on international duty with France, forcing him to miss Chelsea‘s shock 5-2 defeat to West Brom, with him not being expected to return until the weekend win over Crystal Palace.

However, the 30-year-old unexpectedly made the trip for the first leg of their Champions League quarter-final with Porto, coming off the bench for the last 10 minutes of the tie in Seville.

“I was unbelievably happy when he told me he would travel with us last week to Sevilla, because I didn’t expect it,” Tuchel told the media at his pre-match press conference.

“The plan was that he arrives in the game against Crystal Palace, but he arrived before that which was amazing. He was confident enough to go on the pitch and he was strong enough to help us in the last 10 or 15 minutes with all his quality and intensity.”

The midfielder has been dogged with a number of injury issues over the last 18 months, and his earlier than expected return isn’t without a ‘downside’, Tuchel now set to make a late decision of the midfielder’s fitness against Porto on Tuesday evening after his planned training programme was disrupted.

“The downside of this decision and this wonderful situation was that he lost a bit of sleep after the travel issues back from Sevilla,” said the German coach. “He lost some workload in training because he was on the bench and playing only a few minutes. The next day he suffered from travelling, he could not train like he normally would train so that was the downside and we decided again to bring him from the bench against Crystal Palace.

“This is now a decision I will take tomorrow morning when I see him today in training and then when we reflect on the others for the team in central midfield.

“Normally it is hard to imagine a game like this without NG, but at the same time we need to be absolutely careful about him and that we don’t take risks with his health and with his injury situation.

See also – Searching for Claude: Can the next Makélélé please stand up?

The post Tuchel to make a late call over Kante fitness as he explains the ‘downside’ of his early return first appeared on The Football Faithful.

The Article Tuchel to make a late call over Kante fitness as he explains the ‘downside’ of his early return First Appeared ON
: https://arsenalweb.co.uk

The Article Tuchel to make a late call over Kante fitness as he explains the ‘downside’ of his early return First Appeared ON
: https://gqcentral.co.uk